The Visual Audit tool analyses your worksheet and then applies formatting to each cell to indicate its content type as well as any potential errors. By creating a color-coded map of your spreadsheet, Visual Audit helps you identify possible quality and correctness isues at a glance. The content types identified by Visual Audit are:

The image below shows the Visual Audit form. It loads to the right of the screen and stays on top while the audit is performed. When the Apply Visual Audit Styles button is clicked, the worksheet is analyzed and the cells are color coded per the Content Style Legend. 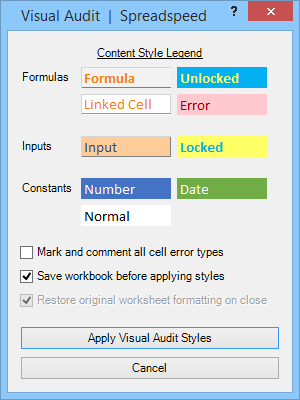 The image below shows a region of a simple cash flow spreadsheet prior to applying the Visual Audit tool. Spreadspeed captures the stylings for each cell prior to running the audit and will restore them after the audit is complete. 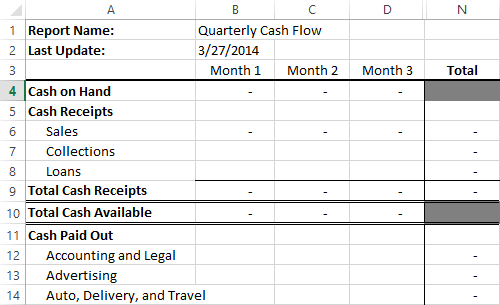 In the next example, we re-run the Visual Audit on the same worksheet but this time with the "Mark and comment all error types" option on. As the screenshot below shows, cells with errors have a comment marker. Excel will show the error notification flag in the corner of cells with errors, but there are two reasons why the Visual Audit error comments can be useful to you: 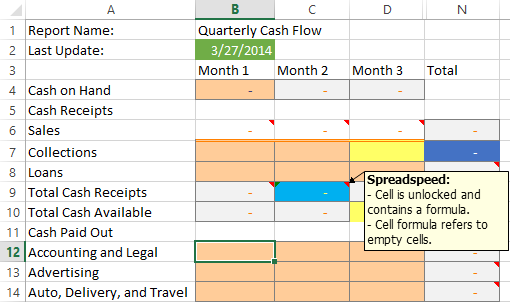