Why Is This Tool Needed?


After running the tool, the text has been transformed as shown in the following picture:

Things to note in the above picture:

Decisions need to be edited:

Entry 90: This tool assumes that you will want at least two lines routed out of a decision shape. It adds two stubs, both pointing to the next entry. In this example, we replaced the "100:right:No" connector with "80:right:No", in order to generate the sample flowchart below.

Finally, we can run the Flowchart Wizard, and the wizard will generate the following flowchart: 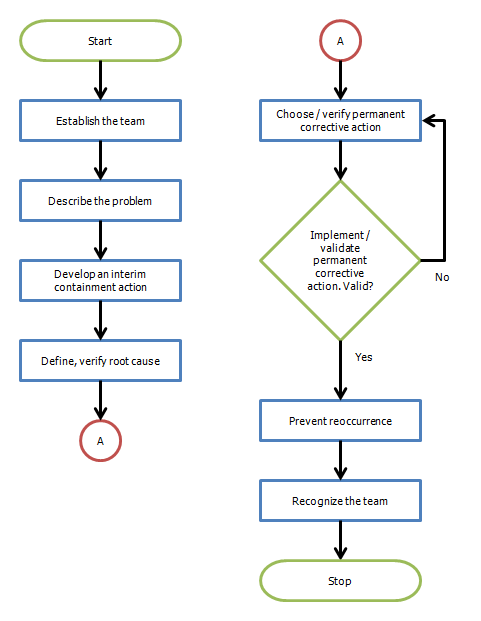